JONES STREET "Out Of The Gutter" 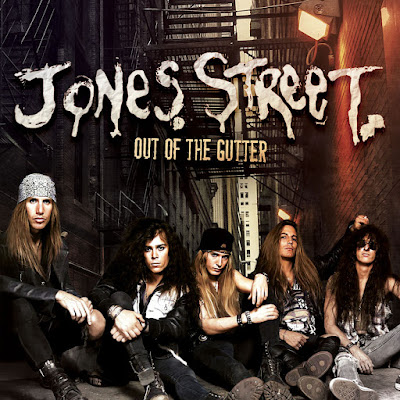 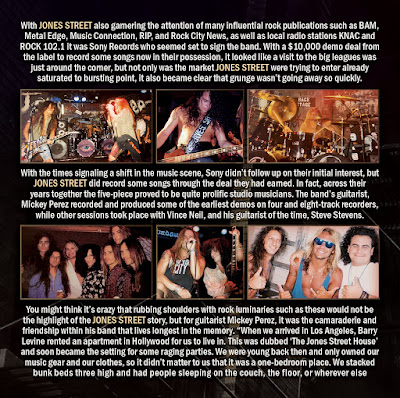 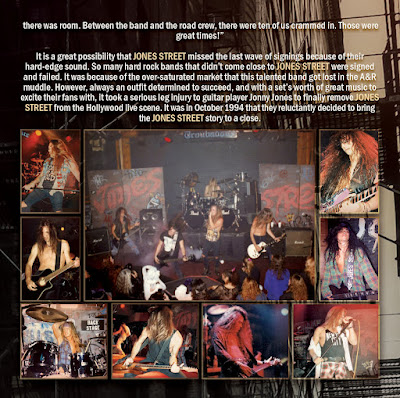 Additionally, the remastering job done by drummer Focx is stellar.  To my ear, Focx really cleaned up the mix, gave the bottom end a boost, and really allows the instruments and vocals to separate much more cleanly than on the original release.  While I don't have the analytical equipment a lot of people seem to employ on social media these days to point out the flaws in remastered releases, to me, this is obviously not just a "bump up the volume/max out the EQ" remaster job by any stretch.  This is some solid work done here by a guy who, as a member of the band, had real reason to care about the outcome, and it shows to me.
Even if you happen to be, like me, one of the luck people who have known about Jones Street for a few years now, and who happen to already own Dancin' With The Devil, it is well worth the investment to snag this Out Of The Gutter remaster/reissue.  Regardless of the omission of one song (and one intro), every other thing on this Eonian release is done better than on the original.  In the end, I think many of you will agree with me in my assessment that had the timing been even slightly better, Jones Street's one and only release would likely have made a solid impact in the hard rock/hair metal/sleaze metal scene of the late 80s.  What a difference just a couple of years made for these guys who coulda/woulda/shoulda been much, much bigger!
Rating:  Oh so crankable!  This is a dang-near perfect 9.5 for me!
Back To Reviews Index
Posted by arttieTHE1manparty at 3:45 PM No comments: