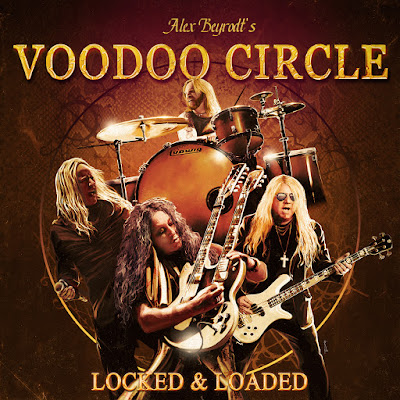 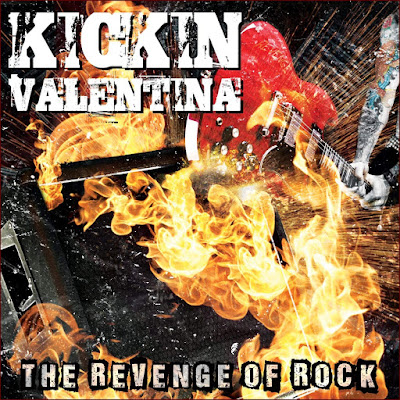 (c) 2021 Mighty Music
D.K. Revelle--Lead Vocals
Heber Pampillion--Guitars
Chris Taylor--Bass
Jimmy Berdine--Drums
Atlanta's Kickin Valentina has been around for a bit, now, starting with their debut EP nearly 8 years ago, and steadily building a fan base and a solid reputation as a live act.  Now they return to kick off 2021 with a roar on The Revenge Of Rock featuring a slightly adjusted lineup but a familiar formula, attitude, and approach that will be a welcome distraction from this crazy world for long-time fans, and a great starting point for newcomers to the sleazy parade.
"Freakshow" kicks off the nine track The Revenge Of Rock (Nine?  What an odd number...), and will likely kick off the band's live shows when those return.  Pure adrenaline-fueled rock is the name of the game here, and this is a great track to introduce new vocalist, D.K. Revelle, who some may recognize from his stint in Jetboy.  Pampillion lays into a killer solo on this opening track that may be the best on the entire record, and with the very first song, Kickin' Valentina is off and running!
"Somebody New" has a Sunset Strip catchiness that honestly took me by surprise when I first heard it.  This is borderline radio rock material here, with a melodic factor not regularly found in KV tracks.  A sing along chorus with some really strong backing vocals reinforce the fact that this is not your typical Kickin' Valentina song, but dang it if it doesn't work!  Revelle's lower-ranged vocals remain gritty and dirty enough to keep you from mistaking this for something straight out of the Euro-Glam-N-Sleaze scene, as does the dirty blues guitar solo, but this is a seriously catchy track that will have more than a few people turning their heads, I am sure.
"Rat Race" ups the dirt and grit factor by ten, pouring the sleaze on in heavy doses along with edginess and anger in Revelle's vocal delivery.  Aggressive rhythm riffing and straight-forward, driving drums power this rocker on in a manner that is completely unlike "Something New".
For the most part, from here on out the record drips with attitude and oozes with raunchy.  I mean, this is Kickin' Valentina we're talking about!  "Strange" is definitely one of the coolest, catchiest sleaze tracks to grace my player in some time, and Revelle's approach nails this track!  Imagine the snarl of a slightly-less angry Lemmy and you have a good idea of where Revelle's best work is done, and he lives in this realm throughout this hook-laden rocker.  There is a solid groove that powers through "Lookin' For Me", which sounds all the world to me like AC/DC and Dangerous Toys had a love child at some point, with this three-chord rocker being doused in grimy, sweaty southern sleaze, complete with sing-along chorus and a scorching guitar solo designed to rip a smoldering hole through the wall of thump that is built up by the foot-stompin' rhythm.  "War" follows up nicely with another gritty, angry romp that features a simple call-and-response chorus that is going to be huge when we get to start going to live shows again!
"Heart Tattoo" is the lone slower moment on the record, and it is a good one.  More of a shuffle than a ballad, this is a solid piece of songwriting that shows a slightly different side of the band.  I'm not going to lie, the first thing I thought of when I heard this track was the great stuff that Hinder had to offer back in their best days of All American Nightmare and Take It To The Limit.  Gritty, southern guitars, solid bass work, and simple, straight forward drums accentuate Revelle's delivery on this number that will likely have a few lighters in the air at a live show, even though we never wander into power ballad territory here.  Not my favorite track, but it is a good one that I'm sure will get some repeats from fans.
"End Of The Road" returns to a bit more good-time, party rock style, and again the band makes it work in an environment that should otherwise spit out a track like this.  Once again, a simple-yet-catchy chorus with really solid backing vocals set this song apart from the spit-and-snarl tracks that surround it, and the...dare I say "poppy"...rhythm and tempo make this a great song to blast with the windows rolled down as you hit the road.  The guitar solo here is an all-too-short Southern romp, and Revelle's vocals are as clean as anywhere else on the record, but there is no denying that this track works well and is definitely a contender for the best stuff here, depending upon your own personal musical tendencies.
The album closes with the title track, a high-octane blast of snarling sleaze that packs quite a punch as the The Revenge Of Rock comes to a close.  Gang shouted "hey hey heys" punch their way through the verses, with Crue, Zeppelin, AC/DC, KISS, The Who, Van Halen, and numerous other rockers from the past name-dropped along the way.  I would have to imagine that if "Freakshow" opens up shows in the near future, "The Revenge Of Rock" would be the perfect closer to leave fans sweaty, screaming, and ready for an encore!
Nine tracks feels a bit short, and with only about 40 minutes of music on the entire album, it all goes by too quickly.  But there is something to be said...a LOT to be said, honestly...about quality over quantity, and Kickin' Valentina has that ration down perfectly on The Revenge Of Rock.  Short, sweet, and ready to repeat, this is an album that deserves your attention and will likely not let go of you once it sinks its teeth in!  Do yourself a favor and pick it up ASAP.
Rating:  A crankable sleazefest from start to finish, with a couple of hidden surprises!  Crank this to 8!
Back To Reviews Index
Posted by arttieTHE1manparty at 1:07 PM No comments: 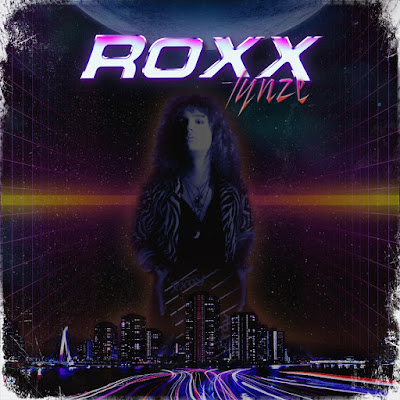