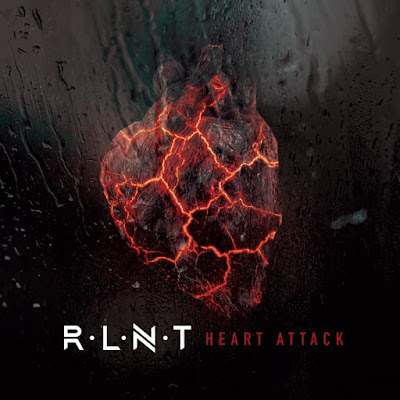 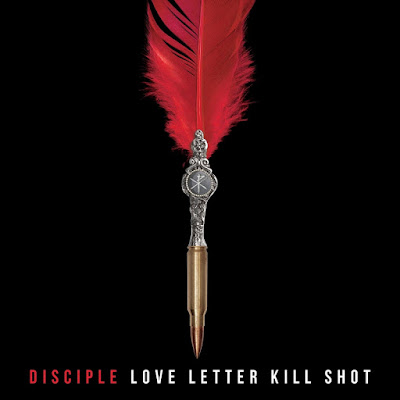 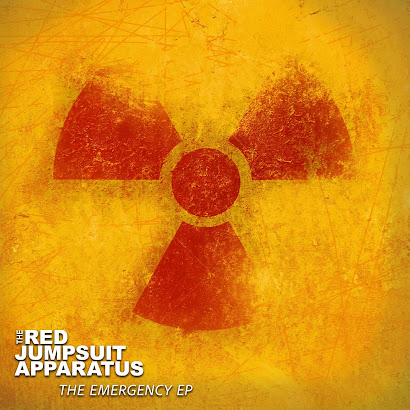 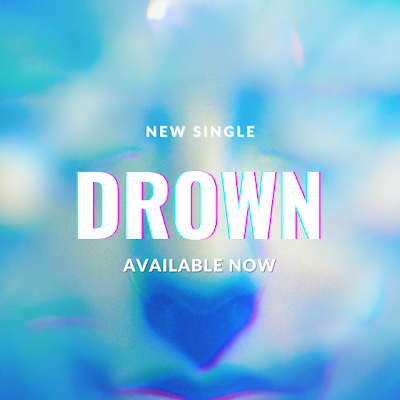 (c) 2020 Independent
Kamber Kigin--Vocals, Keys
Jon Wisecarver--Guitars
Colt Capperune--Bass, Programming, Additional Guitars, Production
Rob Shollenberger--Drums
With the pandemic putting the brakes on a lot of music-related activities this summer, a number of new and lesser-known acts have started to bubble up on different platforms as radio stations and internet platforms have been bolstering their playlists to accommodate listener's thirst for more music.  Because of this, I have come across several new bands, as well.  One such band for me is Raviner.
Raviner is a new band to my ears, but this Tennessee group has actually been putting out music since 2016, with their last long-form release being the Beast EP in 2017.  Following a brief hiatus, the band reformed to begin work on a new EP which will include the lead single, "Drown".  Featuring powerful female vocals, nice edgy, crunchy guitars, rock-steady drums, and just enough modern programming effects, "Drown" is an excellent introduction to this new band.  And while the smooth rocker should find a lot of success on modern rock formats, Christian or secular, there is also a uniqueness to Raviner's sound that should help them to stand out from the crowd.  That uniqueness comes largely from the soaring vocals of Kigin.  As I have lamented numerous times, there is a distinct lack of true female singers in the Christian rock genre (although there is an ever-growing number of highly talented female screamers and snarlers!), but that short list gains a new member with Kigin, who I feel compares very favorably with Dawn Michele from Fireflight and with Deena Jakoub of Veridia.  In fact, those two bands are also good comparisons for people seeking a sound comparison, especially the later, more synth-oriented material from Fireflight.
On "Drown", a powerful song about dealing with individual struggle and turbulent times without allowing oneself to go under and succumb to the darkness of the time, Kigin maintains a powerful grip on her range, staying comfortably in the middle of her range but with plenty of inflection and nuance.  The guitars from Wisecarver carry a nice level of aggression to counter Kigin's melodic vocal offering, and Shollenberger's drums have a big, full sound, not coming off as flat like so many drums do today.  Shollenberger's patterns and fills are strong, especially on the breakdown section coming out of the second chorus, where the drums and bass combine to generate a lot of power and thump which runs counter to the atmospheric programming that runs throughout the track.  Also of note is the production, which I find to be really strong, especially when the independent nature of this record is taken into consideration.  Capperune gives plenty of room for each instrument to breathe here, and offers up some solid bass work, as well.
Check out the track below...
If you are into this type of dark, electronic-edged modern rock with an uplifting message of hope, I strongly suggest you seek this band out, as there is a lot of talent and potential here!  I am anxious to check out the new EP, which was apparently stalled by the Covid situation.  "Drown" can be found on your favorite platform here:  http://smarturl.it/rvnr.drown/ and you can also snag their previous EP, Beast, at this location: http://smarturl.it/rvnr.beast
Back to Reviews
Posted by arttieTHE1manparty at 6:14 PM No comments: