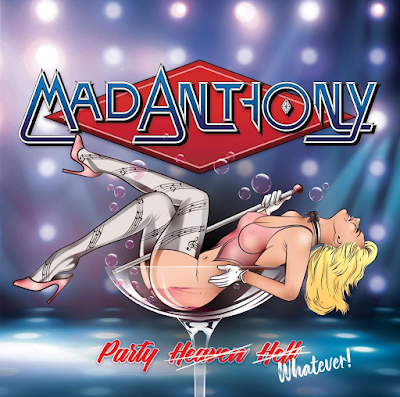 The production here is really good, with the re-mixing/re-mastering beefing up the sound and eliminating nearly all of the "demo" feel of the songs here.  Kudos to Eonian for putting together yet another solid release of an unknown that is likely to spark a lot of interest from fans who remember the band from back in the day, and from fans of the scene and genre, in general.  If you are one of the numerous collectors that are continually looking to bolster their catalog of well-produced unknowns, make sure you add Mad Anthony to your shopping list!  I'm sure you won't be disappointed if the rare and unknown is your thing!

Rating:  Rock this to 6.5, with tracks three through seven nearly pushing this nice collection into crankable territory.

Posted by arttieTHE1manparty at 12:14 PM