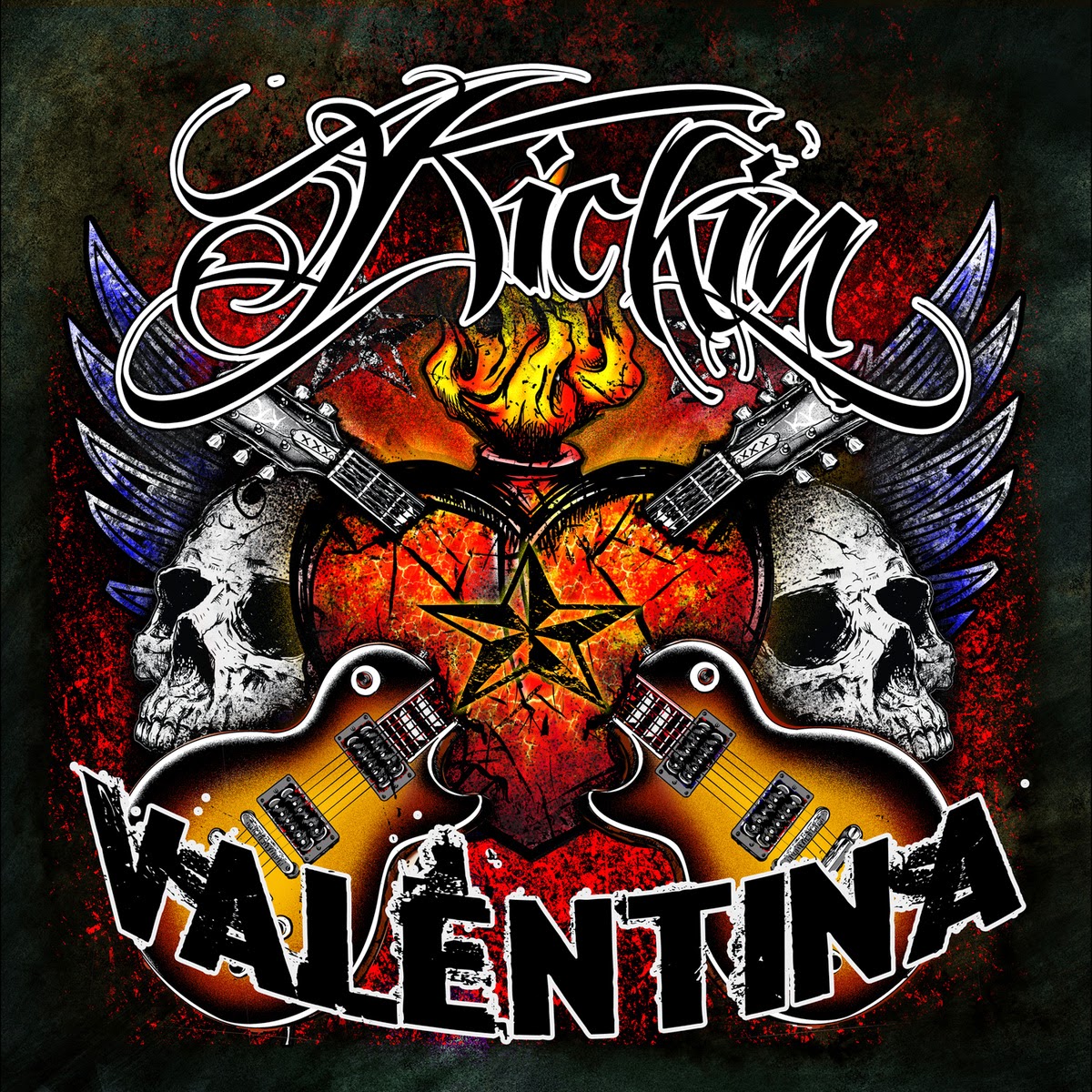 Atlanta, Georgia has been keeping a secret...a nasty, sleazy, dirty little secret!  Kickin' Valentina is that secret, and now that it has been exposed, everyone should be on board to find out what a select few of us already knew...KICKIN' VALENTINA ROCKS!

On this little tease of an EP, Kickin' Valentina cranks up the volume and turns up the attitude, mixing an old school approach with some modern production sensibilities.  I can imagine this EP as the soundtrack to more than one strip joint down south, especially with raunch-n-roll tracks like the sleaze-soaked "Dirty Girl" and "Eat And Run", or the quasi-ballad, "Alone", which, you know, shows the softer side of the girl spinning around the pole!

Joe Edwards' voice carries a gargled-with-razor blades raspiness that delivers the sleazy approach to these songs.  Think Taime Downe's snarling approach from the first Faster Pussycat record, but tuned down a notch or two in pitch, mixed with those of Brad Sinsel from War Babies, or, more accurately, the vocals of Crank County Daredevil's Scotty P.  Edwards comes screaming in at the beginning of the album's opening track, "Get Ready", and he never backs off, even when "Alone" slows things down a bit.  Pampillon is more than capable on guitar, especially on the screeching solo of "Dirty Girl" or on the sleazier southern rock approach of  "Anita", and he handles both lead and rhythm guitar sections without missing a beat.  Taylor supplies a thick groove to each of these tracks, while his rhythm section partner, Berdine, showcases a solid, steady, if not flashy style that supplies the foundation for each of these rockers to be constructed upon.

If I had one complaint about any of these songs it would be the somewhat silly chorus on "Anita".  The song itself isn't bad, not at all, but the inclusion of the "boom, boom, boom" section of the chorus leaves me wondering if the band was all sitting around going, "Man, we have a kick-ass song here, but what the hell are we going to do for a chorus?!  Well, I guess we have to have one, so how about 'boom, boom, boom'?"  Obviously, this is tongue-in-cheek, but seriously, this single chorus outtake is about the only flaw I can find on this EP...other than the all-too-short nature of the disc (just under 23 minutes).

The production is solid, with a no fuss/no muss approach taken throughout the EP.  The CD packaging is very basic, with a single, two-sided insert that has individual pictures of each of the band members, and then a group shot on the jewel case tray inlay.  There are no lyrics included, and only a short thank-you section, but as I have stated in other reviews, this is pretty much to be expected on most independent releases where the vast majority of the money is (and should be) spent on the recording and production of a solid musical product.  That is evident in spades here, as Kickin' Valentina have put together an incredibly solid five-track span of songs.  Can they carry that across on a nine, ten, or eleven cut, full-length effort?  My guess is yes, and I am anxious to find out, as the band is already in the beginning stages of putting together their debut full-length record.  For those of you who want to get in on the ground floor and help the band out, they have set up a Pledge Music account which you can access HERE.

This is an excellent debut effort and one that is definitely worth seeking out.  The band will be taking their raunchy circus on the road this year as well, with a stop at Skull Fest scheduled for October 11!  Here's a little hint of what you may see...

Rating:  Just a couple of "boom, boom, booms" away from perfection, crank this piece of sleazy heaven to 9, and be prepared to hit repeat about 23 minutes later!

Back To Reviews Index
Posted by arttieTHE1manparty at 3:16 PM