ATTALUS "Into The Sea" 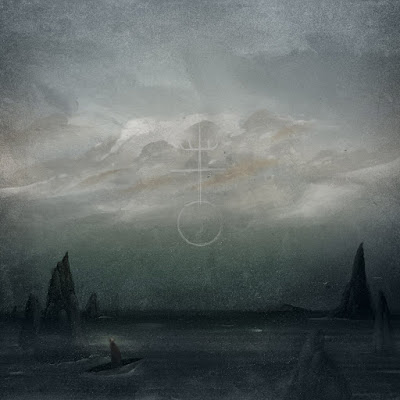 Attalus is a difficult band to pin down, style-wise.  At various times, they can come across as something of a modern metal outfit, a post-hardcore band, a modern hard rock band, or something of a heavy progressive amalgam that defies true categorization.  I don't know if that is intentional, if it's just a little bit of all the members' personalities and styles being thrown into a musical blender, or an effort by a slightly disjointed band to try to come up with something at least semi-cohesive to call an album.  What I do know is that while it is fairly diverse...especially for an album from a Facedown Records artist...it is brooding, heavy, lyrically challenging...and a LOT to try to take in all in a single sitting.  Talk about using every second of a CD's recordable space, this album checks in at nearly 79 minutes, and 15 of the 16 tracks here are actual songs, not just intros, outros, or interludes of some sort.

Taking a quick glance at the artwork and the song titles will present the listener with an obvious nautical theme running throughout much of the record, and lyrically that same theme is used to great effect to present the band's straight-forward Christian message of struggle, perseverance, faith, and forgiveness in a fallen world.

The band has seen recent chart success with the single "This Ship Is Going Down", a somewhat punkish rocker composed of multiple shifts in speed, tempo, and pattern...even styles...within a five minute song, with vocals seemingly ranging from shouted/barked to screamed to sung.  There are drums, guitars, bass, and then random keyboards thrown into the mix, all tossing and turning and churning in a sonic wave that never leaves the listener 100% sure of what they are partaking of, but still finding themselves liking nonetheless.

"Sirens" does much the same thing, establishing a largely post-hardcore musical approach, which rips right along for the majority of the track before breaking down into a relatively spoken-word style interspersed with shouted responses...and then ramping back up the sonic attack of the guitars and drums.  "Desolate Isle" is a progressive...albeit very heavy and vocally aggressive...rocker that has the feeling of being tossed around at sea, while "Man, O Shipwreck" backs completely off, utilizing Davey's surprisingly strong singing voice and a piano to carry the weight of this ballad that melds into the alt rock stylings of "Step Out"...which in turn explodes back into the disjointed crush of "Albatross"....that then gives way to a jangly, jazz-infused, post-hardcore shouted "The Breath Before The Plunge"!

And we're only half way through the record!

On and on the album goes in much the same way, throwing you this way then pulling you back the way you came, only to knock you in an entirely different direction once again.  I can only compare it to a feeling of  musical sea-sickness that washes over me at times as I work my way through the album.  I dare say the unprepared listener...which I was, for sure...could find themselves overwhelmed by the sheer scope and volume of music here.  And I'm not completely sure if that's a good thing or not.

There is a lot of musical talent here, to be sure, and it wouldn't surprise me at all to learn that all the members went to musical school somewhere, met in college, and formed a coffeehouse jam band that just happened to jam way HEAVIER than the usual goateed alt rock strummers one encounters in such coffeehouses.  And maybe its my age starting to catch up with my musical tastes and tolerances, but there is seriously such a mish-mash of styles and sounds going on here that I find myself having to shut it off, walk away, take a breather, maybe hit the gym to flush some angst out of my system, and then return to try to get through a few songs more.  My senses literally can't handle the all-overness of this album in a single sitting...or in fewer than four sittings, to be honest.

Like the majority of Facedown's roster, this band leaves absolutely no question about where they stand from a lyrical standpoint, as their Christian faith is a huge part of what they do, even if they use nautical themes and various musical styles to get their messages across.  Can there be little doubt of the band's beliefs with lyrics such as "The Tide is coming, o man what wrecks are we becoming?  dive in the Sea of Grace before it changes face.  the sky is turning black -- a sign that Justice is at hand" ("This Ship Is Going Down"), or "follow the One before me, out of the ship into Grace, this is the way to Glory, there's no turning, no turning back no more, sink or swim -- don't care, just dive in" ("Into The Sea").

It is important to note that this is a concept record of huge scope, utilizing nautical themes to tell the story of a man who sets sail on a voyage (the voyage of life) on a ship (which is the fallen, or "sinking" world), upon an Ocean/Sea, which the listener will discover is God.  I strongly recommend reading along with the lyrics sheet as the album unfolds to not only get a better grip on the story, but also to really absorb the power of the message being delivered here.

There are a few songs here that really stand alone well, with "This Ship Is Going Down", "Into The Sea", "Coming Clean", and "Safe", a flawlessly executed. largely instrumental piece, being the cream of the crop as far as I am concerned.  In fact, I have taken "Into The Sea" and "Coming Clean" and mixed them into a playlist that I use while doing work around the house or in the yard, as I really like these two tracks and they way they mix with a lot of the modern hard rock I find myself listening to these days.  I also really, really like "O The Depths", which is just a beautiful, emotionally piece of music that I returned to several times when I was first working through this record.

Amazingly performed in places with a musical skill not found in a lot of the hard music world, and poetically written, and just brutally dense, deep, and emotionally draining from a lyrical standpoint, Into The Sea is a huge project that leaves the listener feeling challenged and drained and almost washed-out if they manage to get through everything in one sitting.  I would have no clue how the band could perform this in a live setting, as I think it would exhaust all of their energy reserves just to get through the first ten or eleven songs...and they would still have five more to go!

Rating:  A concept record of immense proportion, Into The Sea is crankable from a talent and execution standpoint, I give this an 8, but I do so with a warning that the average human will not likely be able to swallow more than half of this record in a single sitting.