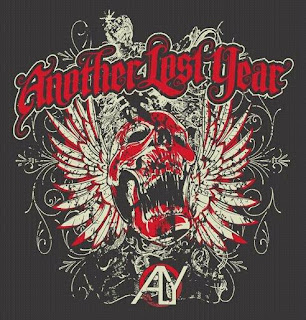 Ok, let's get it out of the way.  One of the first things people are going to say about Another Lost Year is how much Cuanan sounds like Scott Stapp of Creed at times.  There.  Said it.  Get over it.  Now, to be fair, I have never been a Creed/Stapp hater like so many others.  Sure, some of their radio material was pretty whimpy, but that was what was frustrating...the best Creed songs were left on the album.  Let's hope that isn't the case with ALY because Better Days has a lot of solid material to offer...and a couple of lesser tracks, as well.

The album's opener is a solid, if unspectacular modern rocker, but the lead single, "War On The Inside" is a definite keeper, as the melodic mid-tempo rocker really showcases the strengths of this North Carolina band, as does the follow-up track, "All That We Are", which really lets the band explore their harder rocking sound.  "Broken" fits this mode as well, kicking off with a crunching guitar riff and pounding drums before Cuanan's vocals power this song into what I feel is a can't miss hit at modern rock radio.  The same can be said for the killer album closer, "Forgot About Us", which may be the sleeper track of the disc, with it's buzzing guitar intro and chugging rhythm which lay the foundation for some of Cuanan's darker, angrier sounding vocals. This, for me, is what more of the modern hard rockers should be shooting for, and I can listen to this stuff all day long!

For the most part, in fact, all of the hard numbers here are very well constructed and carry the album.  The problem for many people is going to be when the band slows down into what, intentional or not, comes off like pure Creed-worship.  "Angels" is a perfect example of this, as this sounds so much like what Creed was offering up a few years ago, my wife actually thought it was Creed.  One thing that keeps "Angels" afloat for me is the addition of Lish Rimer's soaring vocals.  Her higher range is a nice compliment to Cuanan's lower-range tenor, but the programmed strings and "Arms Wide Open" feel are going to be a tough pill for Creed-haters to swallow.  "Run Away" is a sparse number that again relies too much on the programmed string section, at least for my tastes, and comes off as sounding like a direct stab at pop radio.  "Come And Gone" is an acoustic number that likely would have fit well on Creed's debut My Own Prison album, which I consider to be a compliment as I really like that album.  Again, I don't necessarily dislike these songs because, as I said, I have never been a Creed hater.  That being said, there are so many better songs on this album that I am afraid it is going to be these slower songs that people latch onto and bash the band over.

The packaging is a minor drawback here, as there is only one VERY hard to see band picture, a simple, single-fold insert, and not a single mention of who plays what instrument (I had to look it up on the internet).  All of the lyrics are included, which is a bonus, and I'm guessing the band's budget forced them to worry more about the music than the packaging, which, in today's digital download era, is what's most important anyway.

All in all, Better Days is a solid, if sometimes unspectacular record, that features a couple of sure-fire modern rock radio hits that should keep Another Lost Year in the spotlight long enough to get their sophomore album out.  Hopefully the next one won't run into the typical sophomore trappings of attempting to score crossover appeal and suffering from a case of "sameness syndrome", where several tracks start to run into each other and lose their distinction, which does happen a bit here toward the middle with multiple mid-tempo numbers in a row (although a couple of these are very strong).  These guys need to remember that they are a solid, rocking band, and should play to that strength, as they have a very good guitar tandem and a thumping rhythm section to go along with a knack for writing catchy hard rock songs.  When this album is going balls-out, which is most of the time, it is far above average and better than a lot of what gets passed off as rock today.  People that choose to ignore the talent and go for the obvious Creed-clone bashing are going to miss out on a solid album from a talented band with a good helping of promise.  Their loss, I guess...

Rating:  Despite a couple of misses, the good far outweighs the bad and I still recommend rocking this to 6.5...

Back To Reviews Index
Posted by arttieTHE1manparty at 2:15 PM