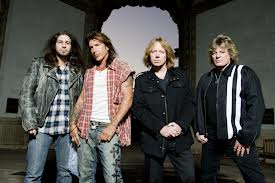 Jeff Pilson, long-time bass player for Dokken, former member of Lynch/Pilson, current member of T&N...and Foreigner...and producer of Adler's debut album, now adds TRASH TALKER to his list of accomplishments, as he took a few minutes to check in with Glitter2Gutter! (Actually, he was pretty nice and didn't have a lot of trash to talk...but he has some interesting things to say, so READ ON!!!)

G2G:  Jeff, first I want to thank you for taking the time to talk with us. I hope you had a good Christmas and New Years…

Jeff:  Yes, I spent the time with my family...awesome! 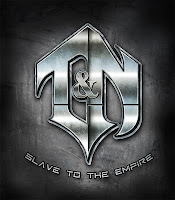 G2G: Slave To The Empire is your new album which has been released under the name T&N, and features the reunion of ¾ of the original Dokken. What was it like having George and Mick
working with you on the same project again?

Jeff:  Very second nature. We really do have great chemistry and if anything it’s only gotten stronger over time.

G2G:  Did you ever catch yourself looking around the room and saying, “You know…someone’s missing”?

Jeff:  Well, we did call Don, but, understandably, he didn’t think it was right to do it.  The minute he’s there it becomes Dokken and that’s a whole other kettle of fish.  But, we often back in the day did rehearsals or
pre-production with just the 3 of us, so it basically felt like that.

G2G: I’m not going to turn this into a Dokken vs. T&N interview, but I do want to ask, would you ever see a scenario in which you and Don could work together again?  I’ve heard that George has shut that door completely, but I know Mick still works with him, so would you ever open that door again? 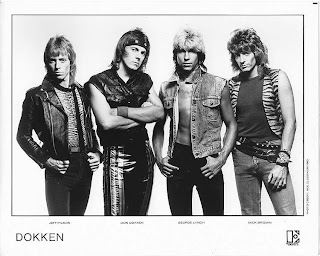 Jeff:  I’ll never say never, and I don’t think I’d ever shut any door completely.  I mean, here we are 30 years later still talking about it, so never’s a bit extreme.  But it doesn’t seem like this is the time to do a reunion. It would require too much time and I think all of us have too much going at this point to commit to that.  But I still can see it happening in some way at some point.

G2G:  Let's get back to the new record.  What was the process involved in picking which classic Dokken tunes to include on the T&N record? Was there a vote made, did you each get to pick a couple of favorites…?

Jeff:  We recorded 12 tracks with Wild Mick and basically it was down to the singers, their choices and how we worked it out that made the final determination of what would make it on this record. The rest will likely be on the record we do next year.

G2G:  Do those songs just jump out of your bass when you go to play them again, meaning are they so familiar you could almost play them in your sleep?

G2G:  I like the new arrangements that were made on a couple of the classic tunes. Can you tell me how that came about?  Did it have a lot to do with who was going to be singing the song?  I ask because Ripper’s take on “Kiss Of Death” really pushes the track into a more metal direction than the original, while Sebastian Bach’s work on “Alone Again” is pretty similar in style and delivery.

Jeff:  The musical arrangements were made before they sang, so it was the combination of the singers’ interpretation and the musical input that created the final versions.

G2G:  You are a great singer in your own right; why didn’t you just handle all of the remakes, like you did on “Into The Fire” and the new material?

Jeff:  For one I don’t think I’d be the best singer for all the songs. Plus in a situation like this why not make it as interesting as possible? I love these guys’ voices and it was so nice being able to record with them. I also thought it was a way to diffuse some of the “us vs Don” mentality that I knew would come out of this. This isn’t meant as a competition, it’s a creative outlet meant to tie in with our past- and I knew it would be hard enough to get that point across, especially if it looked like I was trying to “replace” Don- which I’d never want to appear to do.

G2G:  Now, I hope you don’t take this personally, because it is not intended to be an attack of any sort, but I would have rather just heard new material rather than a mix. I say this because I already know who you are, and I already know what you have done, so why go back and re-do it? Does that make sense?

Jeff:  No attack taken. But the truth is we felt it was important to tie our legacy in with the new material. When we do finally play live we’ll be playing a lot of Dokken material, so why not embrace it and bring our friends along to give it a kick in the ass!!!  I also think it’s fair to say we wouldn’t have gotten near the attention we’ve gotten as a result of the rerecords, so it appears to have been an effective strategy!

G2G:  I can see where a new fan just coming to the band might be interested in your past. Was there ever any consideration of a full album of remakes and then a full album of new material, rather than the mix?

Jeff:  We originally wanted to do a double album, one new, one old. But the record labels preferred it be spread out over two records. 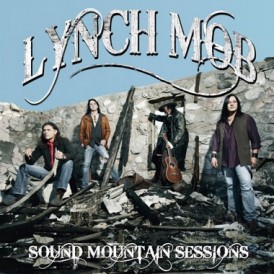 Jeff:  They originally were intended for a Lynch Mob album George had asked me to write with him. Then when Oni (Logan...vocalist for Lynch Mob) didn’t feel right about it being for Lynch Mob, Brian (Tichy... drummer on all the new songs) suggested we get Mick and do the re-records. It looked like a no-brainer to us! That’s when I went off and started writing lyrics and melodies then came and finished them up with George (and Brian on one song).

G2G: Do you have a favorite of the new songs? If so, what about that song really jumps out at you?

Jeff: Probably “When Eagles Die” because it has all the elements I really like about when George and I collaborate.  Plus, his solo is genius!

G2G: You have said that there are more new songs, as well as more re-recordings, that will be released on another T&N album. Any time frame for that?

Jeff:  Hopefully next year some time.

G2G:  I’m assuming there will be some guest vocalists again, correct?

G2G:  Tell me about plans to tour for this record. Will both drummers, Mick Brown and Brian Tichy, both play out, or will it just be one or the other?

Jeff:  Likely it would be one or the other...depending on who’s doing what at the time.

G2G:  Do you think we will ever see another Lynch/Pilson album, or does T&N pretty much fill that niche? I personally loved that first album…

Jeff:  Thank you, but T&N probably is as close as we’d get. But having said that, you never know…

G2G:  Are you still involved in Foreigner?

Jeff:  Oh yes- that’s why touring for T&N is so tricky. Foreigner tours all the time!

G2G: Were you surprised with how well Can’t Slow Down (Foreigner's last record) did, both in charting a couple of songs on the Adult Contemporary charts, and in cracking the Top 30 on the Billboard Top 200? 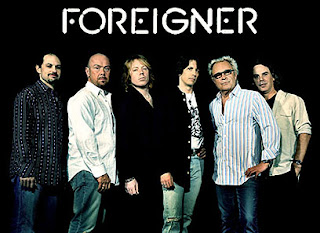 Jeff:  Pleasantly so. I thought it was a great album with some great songs so I guess I wasn’t too surprised. But any time a record gets attention these days you have to really appreciate it.

G2G:  Before I let you go, I wanted to talk a bit about your involvement with Adler. I think that Back From The Dead is an amazing record, it was our number 2 album of the year, and you not only produced it, you actually played all the bass on it, correct?

Jeff: Yes. What a great experience that was. An amazing band with an amazing singer, amazing musicians and writers and Steven playing better than he has in an awful long time. What magic those sessions were.


G2G: Were you friends with Steven Adler, or how did your involvement come about?

Jeff:  Yes we hung out several years ago and have stayed friends, but this experience definitely brought us closer. He’s one of my dearest friends now. But I was originally asked to play bass, then one thing led to another and next thing you know I was producing. It was all very organic.


G2:  Was there ever any thought of joining the band on a permanent basis?

Jeff:  That just wouldn’t be possible with my Foreigner commitment. Besides Johnny (Martin) fits so well- and they have a great chemistry as a band now.

G2G:  How involved in social media are you, Jeff? Is there a way for fans to keep up to date with everything you have going on?

G2G:  Jeff, I want to thank you again for taking the time to talk with us and I hope things work out well for everything you have going on in 2013. Best of luck and God bless…

Jeff:  Thanks for all the support and let’s talk again soon...

Short, sweet, and to the point...sometimes the best way to Talk some Trash!  Actually, Jeff was pretty gracious and didn't bash anyone, but that seems to be the consensus about the kind of guy he is, which is cool.  Could we see another Dokken album with the originals????  Hmmmm.....guess we'll have to see what shakes out, but obviously, Jeff isn't one to close doors...

Back To Talkin' Trash
Home

Posted by arttieTHE1manparty at 10:20 PM