ROCKSTARS ON MARS "Rockstars On Mars" 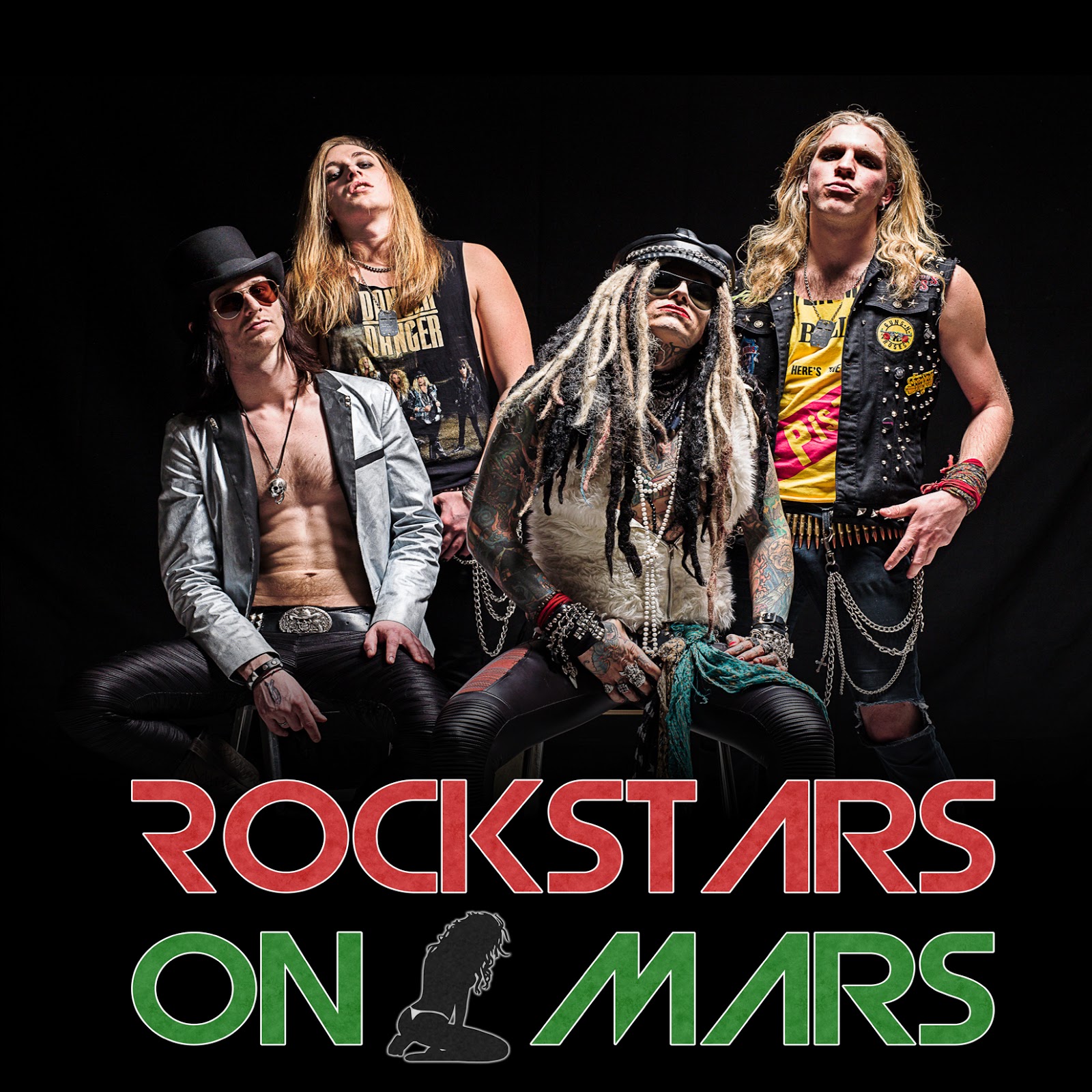 Apparently, all it took for London LeGrand to be able to shake the moderate disaster that befell him after the Brides Of Destruction fiasco was to move...to another country....on another continent.  After all, it was LeGrand, not crappy songwriting or big egos, that tore Brides of Destruction apart, right?  To hear and read what some in the media had to say, it would certainly seem so.  I, on the other hand, found LeGrand's vocals to be one of the better things about Brides of Destruction, and I always wondered if the former hairdresser would land on his feet somewhere.

Well, the answer is, yes, he did land on his feet.  In Sweden.  After heading across the ocean with a batch of songs, LeGrand found himself in Gothenburg, Sweded where he assembled a new band in Rockstars On Mars, a talented and snarling group of sleaze merchants (in)conveniently located in the death metal capitol of the world!  While it may not seem to be the ideal place for LeGrand to find a group of like-minded musicians, from the moment LeGrand's vocals come screeching out of your speakers (or headphones), it is evident he found kindred musical spirits with the same sound and style in mind.  Equally obvious is the fact that this band, and this album immediately blows either one of the Brides of Destruction albums straight outta the water!  Seriously.  There is no comparison other than the inclusion of one member: LeGrand.

Rockstars On Mars, the album, is a punishing sleazefest filled with screaming vocals, equally screaming guitars, rumbling bass lines, and thunderous drums.  While the songwriting may not be overly inventive in places (there is a fair amount of repetition when it comes to the choruses of most of these tracks), there is a sincere hunger and urgency in the music that cannot be missed, whether you are listening to the album for the first time or the fiftieth.

To be fair, five of these songs come from the band's previously offered Demo 1, but they have been repackaged and professionally released here, along with three new tracks.  Of the older material three songs really stand out for me.  "Tequila N Gin" teases you with an acoustic guitar opener before LeGrand threatens to blow your speakers up with a mighty howl as the now-amplified band explodes into a full-fledged headbanger, and it is a GREAT way to kick things off here.  "2 Kool For Skool" (not the Roxx Gang song of the same name), is a truly 80's-inspired rocker that is performed to sleaze perfection, and "I Want You" has a hint of pop to the songwriting, with LeGrand restraining his vocals just enough to maybe garner the band some airplay in a nation that still plays great hard rock.

As far as the new material goes, there is no doubt for me that "Bleeding Heart" is the cream of the crop, and you can just feel the pain in LeGrand's vocals dripping off of each screeched word.  A dark, emotive ballad, this song, above all others, showcases a band that knows how to craft a song!  "Headbone" is catchy and humorous ("she broke my heart, so I broke her headbone") with a guitar vibe that reminds me a lot of the 70's arena rockers that I grew up with in my youth.  I have no idea what "Fancy Panoucha" means, but this is the third new track to be included here, and it is my least favorite, although it does give LeGrand a platform to showcase the full range of his vocals, starting off on the bottom end before swelling up into that high pitched screech he utilizes so well throughout the rest of the album.  The rhythm guitars on this track are pretty simple and fairly repetitive, but there is a pretty solid solo in the middle that shows Johnny's skill in ripping through a lead.

The mix is rough, but not in a bad way, rather serving to capture the band in a live-sounding, urgent state.  Martin Sweet of Crashdiet does a great job of  not overly producing or heavily mixing this record, instead letting the instruments each carry their own vibe and life on this album.  I'm willing to bet that what you hear on this disc is very similar to what you will hear if you are able to catch the band live.

Rating:  I love the raw energy and emotion of this album, and hope that a disc full of all-new material comes quickly on the heels of this effort!  Crank this "official" debut release to 8, and forget all about Brides of Destruction!