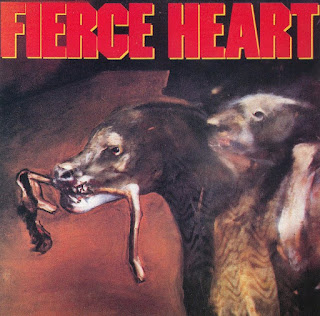 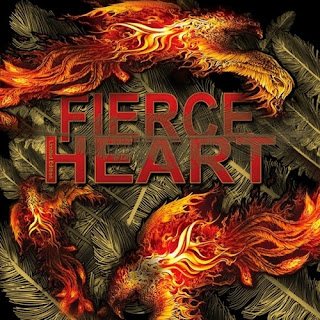 It took thirty-one years, but Fierce Heart's one and only release, the self-titled Fierce Heart record, has finally received a proper reissue.  I say "proper" because this album has been "reissued" no fewer than three times previously, once by Retrospect Records, once by some company called Unidisc Music (an unauthorized release, I have been told), and one other time by some bootleg label (Russian, I believe) that didn't even put their name on the outside of the product (and trust me...its a bootleg, no question).  I am told by other collectors that there are at least two other boots out there as well, so who knows how many times this album has been knocked off, and by whom?

One thing should be obvious, however, with this many people willing to make illegal copies of a record.  There's a market for them.  Why?  Quite simply, its because the album is a very, very good piece of early-to-mid 80's polished hard rock, not overly far removed from much of what was starting to explode out of the Hollywood scene, despite the fact that the "band" (really only Larry and Rex) was actually from Chicago.  Now, I know, I know, people are going to say this sounds "dated", which is a term I hate.  Of course it sounds "dated"...it was written and recorded 30+ years ago!  Do you expect it to sound like it came out this week?  Look, if you don't want music to sound like its "from the 80s", don't buy music FROM THE 80's!

Now, AOR Blvd has promised that this is a remastered version and that some of that "80's sound" has been updated, but that's a lot of hooey.  Is it remastered?  Yes, no question.  Does this reissue sound better than the bootlegged copies I have or have heard?  Yeah, absolutely!  There is no question that the original nine tracks sound very crisp and clean.  The Russian (I'm assuming) disc, for example, sounded like it was recorded straight from vinyl, so there was a hiss to the sound, which was annoying, and the others sounded rather tinny to my ears.  Also, there are some volume issues on the previous versions I have/have had.  Those issues have largely been cleared up, as AOR Boulevard has obviously boosted the volume on this new release, making it much more listenable at a decent volume (meaning you don't have to turn it up to 8 to get decent volume out of it, which, in turn, increases the noise factor on just about any pre-2000 CD, in my opinion).  But regardless of what you may have read into the statement that the sound is "updated", it still sounds like 80's hard rock, as it should.  It's not like they brought back the layers of guitars that Rex mentioned in his interview with me, or that they changed the drum machine out for a live drummer.  Additionally, the three bonus cuts are all very demo sounding, with little to no mix to them at all.  Still cool to hear, and, if I'm not mistaken, a couple of these riffs were lifted from these songs to eventually become Whitecross riffs, as they are VERY familiar to me.  (Note--Rex verified this when I got the chance to update his interview, which you can read HERE).

Musically, the album sits somewhere between Journey and a band like Dokken, or the lesser-known band, Eyes, for example.  It's harder-edged than the poppy stuff Journey had their greatest success with, but not as glammy or "hairy" as the hair metal acts of the time.  Relying on strong songwriting, killer guitar riffs, big hooks, and catchy choruses, this album is exactly what most radio stations were gobbling up.  I would go so far as to say it is one of the truly underrated gems of its time as far as this type of polished hard rock goes.  Elkins actually is a rather strong singer, sounding at times like a younger version of Jeff Scott Soto on power rockers like "Lion's Share", and the backing vocals throughout the record are also superbly done, as is evidenced on a track like "Heroes" or "Bad Maureen".  For his part, Reynolds was also quite a gifted vocalist on the three tracks presented here, with a bit more upper-end to his range, which is really shown on the ballad, "Getting Lost Inside Your Love".  However, it is Carroll's guitar work that really steals the show on the majority of these tracks, whether it is the tight rhythm work on "Out For Blood", the hook-laden "Bad Maureen", the catchy-as-sin title track, or the demo-form shredder, "Power To Rock".  "Bad Child" also shows some flash from Carroll, but this song also features one of the best rhythm sections on the whole project and I think it really showcases an edgier, harder sound that would have translated well with the later 80's crowd as hair metal and harder-edged rock were starting to really dominate.  It's really too bad that there is no way to get the original source tapes from this record and to have it properly mixed, as Carroll has told me that there were usually dozens upon dozens of guitar tracks laid down for these songs and that the sound was huge at one time, but, true to the 80's mentality, the tracks were condensed down, the drums (drum machine) was pushed out front, and the sound comes off as a watered down version of what it could have (should have) been.

If you have another version of this record, and you enjoy it, I highly encourage you to seek this new remastered version out, as the sound quality is definitely cleaned up and superior, and the bonus material is a nice addition.  Additionally, the packaging on the reissue is top-notch, with all of the lyrics now included, as well as a new cover, new tray artwork, and an interview with Rex and Larry included in the booklet.  Rex also covers some...but not nearly all...of the issues we discussed in his interview on this site. Kudos to AOR Blvd and Rex for putting together a really nice package here.

It really is too bad that this band didn't get the shot it deserved (to find out why, check out our newly updated interview with Rex Carroll HERE), as I think mid-80s radio would have eaten this record up with the correct push.  As it stands, this is a piece of melodic hard rock history that many still have not heard in a good, clean sounding version, which is exactly what AOR Blvd provides here.

You can order the project directly from Rex's website at www.rexcarrollmusic.com

Rating:  An album I have long-enjoyed is given top-notch treatment here, and the music really is strong here.  Crank this to 7.5.