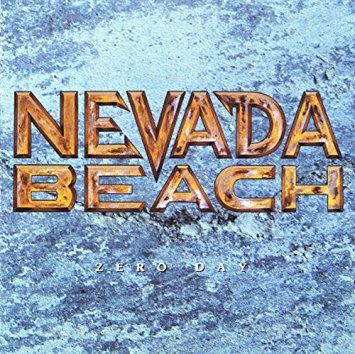 By 1990, the "hair metal" scene was in full-swing, and everyone, including long-time "traditional metal" labels were jumping on the bandwagon, trying to cash in on the insanely popular scene.  Of course, this oversaturation would be a contributing factor to the eventual collapse of the scene, but everybody was too busy partying and worshiping at the alter of the guitar gods to pay any attention.  Metal Blade took a shot on a relatively unknown band, Nevada Beach, hoping they would help to increase the label's market share among the hair crowd.

On the surface, it shouldn't have been that big of a risk, really, as Nevada Beach definitely had the look and the sound of the day.  Lead vocalist/guitarist, Hank Decken, at times sounds a lot like Dirty Looks' lead singer, Henrik Ostergard, but musically, Nevada Beach leans more toward the big, arena hard rock sound than they do toward the AC/DC worship of Dirty Looks.  If I had to draw a comparison to another band or two from the time, I would have to say Nevada Beach could be aligned with early Bangalore Choir, with perhaps a bit of Britny Fox and some Jackyl thrown into the mix.

Overall, this is a pretty solid listen with some big, hard rocking anthems that could have possibly become minor staples in the genre had they received more exposure and come along a couple of years early.  "Waiting For An Angel", in my opinion, should have been the first track on the record, as it is very catchy, has a simple-but-singable chorus, is "video ready" in terms of subject matter and song-style, and is just a fun, party-styled song that was all over rock radio back in the day.  "On Zero Day" is another reall fun song that features thundering drums, a catchy hook, nice groove, and some cool gang-shouting on the extremely simplistic sing-along chorus.  "Action Reaction" is a track that I think the Britny Fox comparison can be heard in fairly easily, and the bluesy guitars of the record's big ballad, "Only The Fool", are very well done on one of the better power ballads you have likely never heard.  I think with a different singer...or at least with more vocal training for Decken...this song could have been a huge radio hit, but as it stands, "Only The Fool" is one of those nuggets that is fun to dig out of unheralded albums from the 80s and 90s.  "Stand" is another cool track with a bit of a bump-n-grind rhythm to it, a tasty guitar solo, and some really good backing vocals on the chorus.  Nicely done here.  "Big Zero" is another bluesy power ballad that had all sorts of potential to be a hit, but maybe Metal Blade already saw the writing on the wall for this style of music and had pulled the plug on the project, because there was, ahem, a big zero in terms of promotion or pushing of this record.

At times the album gets a bit cliche, with "Back For Blood" being a prime example of a song that, while nicely executed musically, has little to the songwriting that would hold the listener's imagination for very long.  Album opener, "Rough House" rocks pretty hard, but had no real radio potential, and "Walking Dead" is pretty plain-Jane with a lead-in guitar riff that sounds like those used by dozens and dozens of songs of the time; not a horrible song...just not really memorable, once again.  "Gagged And Bound" closes the album with a song that I could hear Damn Yankees tackling, carrying a vibe similar to tracks like "Pile Driver", with a really good guitar solo, although not as frenzied as anything Nugent would pull off, and the overall feel of the song, while catchy, is definitely not as polished as Damn Yankees material.

The packaging is pretty standard fare for the time, with lyrics to all the songs included, along with a thank-you section, and a single, black-and-white band photo.  The production is decent, with nice attention paid to keeping the drums big and the guitars out front, but not burying the bass in the mix, either.  The backing vocals, apparently provided by the entire band, are one of the highlights of the disc, as they have the gang-shouting thing down pat, and the guys can also harmonize on the more melodic-styled backing vocals, as well.

Overall, Zero Day is a fun disc to throw in from time to time, and it's a record that will likely have a few of your similarly musically inclined friends asking, "who's this?"  While it is fairly rare, simply because I think its pressing was pretty low, it isn't too hard to find this record for $10-$15 on eBay, although some sellers like to slap that "rare" or "vintage" tag on it and try to pass it off as a $25-$40 disc, which it simply is not.  It is worth seeking out, however, and I doubt anyone will be disappointed with Zero Day when it shows up in the mailbox.

Rating:  Definitely a gem in the rough, rock-worthy with some crankable moments, I'd suggest spinning Nevada Beach's Zero Day up to 6.5, maybe a 7.

Back To Reviews Index
Posted by arttieTHE1manparty at 12:59 PM