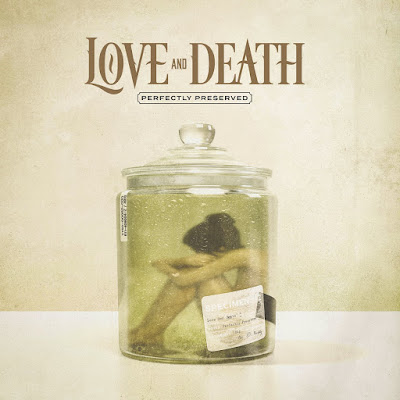 Overall, Perfectly Preserved is an excellent return for a band that many had considered dead and gone.  While the music may be a bit more modern hard rock than Nu Metal, there is still plenty for both Korn and older Love And Death fans to sink their teeth into, while also allowing for newer fans to access the band and jump on board, perhaps discovering the older material along the way.  If pressed, I think I would actually say I prefer the songwriting and overall performances on Perfectly Preserved, even if I would be lying if I said I didn't miss the intensity of "Chemicals" or "I W8 4 U" from Between Here And Lost.

Rating:  Extremely crankable!  Rip the knob up to 9 and let's hope that the world rights itself enough for us to perhaps get the chance to see Love And Death on the road at some point in 2021.