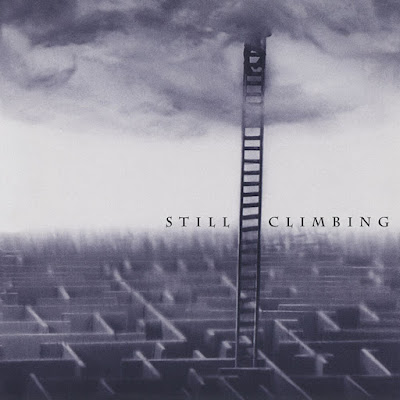 In 1994, one of my all-time favorite bands released what I have always considered to be one of...if not THE...last great albums from one of the members of the so-called "hair band era".  Never really fitting in with the Hollywood hair scene (probably because they were from Philadelphia), Cinderella was still lumped in with the Poisons and Warrants of the world, much the same way Great White and Tesla were.  Sure, they had long hair...heck, they pretty much had the whole "hair metal" look down...but Cinderella (and Great White, Tesla, etc.) had far more blues rock to their sound than glam pop, and generally rocked a lot harder, also.  In the end, genre-splitting was going to make very little difference, as by 1994, the whole "hair band" scene had imploded and been replaced by grunge and hard 90s alternative rock, and most 80s bands were forced underground if they were allowed to survive at all.  And while a lot of those bands tried to bend with the times and eke out an existence by distancing themselves from their past (such as Warrant did...), Cinderella refused to play the game, releasing Still Climbing, which, as I stated above, I truly believe to be one of the last great albums from those 80s bands.  And if that doesn't strike you as a bold enough statement, I'll throw another one at you; this is the best album in Cinderella's catalog.  BOOM!  Take that!

After bursting onto the scene in 1986 with their multi-platinum debut, Night Songs, Cinderella reeled off a couple more albums, including the Billboard Top Ten album, Long Cold Winter, which also eventually went triple-platinum, and 1990's Heartbreak Station album, which while decidedly less "hairy" or "glammy", somehow managed to sell a million copies and crack the Billboard Top Twenty by landing at #19.  Years on the road had taken its toll on the band members, with LaBar reportedly falling deeply into alcoholism, Coury feeling like a hired-gun (he had only actually performed on one album), and Keifer essentially losing his voice, so Cinderella stepped away from the scene from 1991 to 1993 to regroup and recover.  Of course, during that time, the music world was put on its ear, and it seemed there was little room for...or interest in...Cinderella by the time Still Climbing was released in late 1994.  In fact, to this date, the album still has not gone platinum (a million records sold), which is a true pity, as Still Climbing takes the best of all the Cinderella albums and blends it into an absolutely killer hard rock record.

Checking in at 11 songs, Still Climbing has no weak material from start to finish, and in fact features some of the best songs Kiefer has ever written...but not all of them were new tracks.  A couple of older non-album tracks from the band's heyday are dusted off, beefed up, and fine tuned for this record, and both serve Cinderella well.  If you ever track down a bootleg of some of the band's older live shows, there is a chance you might hear a slightly different version of "Talk Is Cheap" in the set, but this version is far superior, with Tom's sassy vocals and biting, sarcastic attitude on full display.  It's also worth noting that "Freewheelin'" is an older track as well, and there is a bootlegged version of this track in its pre-Night Songs version floating around out there if you desire to search for such things.  More than any other track on Still Climbing, "Freewheelin'" definitely has that earlier, "hair metal" sound, and is fast and aggressive on this record, but still manages to fit into the tracking order nicely.  Seriously, if you have the time, compare that track to something like "Push Push" or "Once Around The Ride" from Night Songs, and I think you will hear some definite similarities in style and sound.  And, as most fans of the band likely already know, "Hot & Bothered", which is the only track that drummer Fred Coury performed on, had appeared on the Wayne's World soundtrack in 1992.  That means of the 11 songs that made the cut for Still Climbing, only 8 were new tracks.

As far as new material goes, the album is filled with some of the hardest-hitting tunes Cinderella ever recorded, while still managing to keep the bluesy swagger that they had started implementing in a big way with Long Cold Winter.  From album opener, "Bad Attitude Shuffle" to the soaring "All Comes Down" to the title track, there is more punch and more grit to this record than anywhere else in their catalog.  "Blood From A Stone", which features some great Hammond organ on the intro section, may be the best song the band has ever recorded, and "Easy Come Easy Go" is a barroom-blues rocker that will flat out stomp a hole in a sawdust-covered floor if given the chance.  And don't let the acoustic intro of "Road's Still Long" fool you into thinking this number is a ballad, as you will likely be smacked upside the head by the punch of the drums and the the thunder from the bass as this mid-tempo rocker builds to a snarling, gritty peak with Keifer at his absolute vocal best.

For the casual fan who fell in love with the band based on the monster ballad "Don't Know What You've Got (Till It's Gone)", or perhaps that song's older predecessor, "Nobody's Fool", you need look no further than the two MASSIVE ballads from Still Climbing to find something to sink your teeth into!  "Hard To Find The Words", a ballad written from Tom to his mother, is a true gem and should be played every Mother's Day by every guy in the world!  Tom pours his heart out on this remarkable track, apologizing for who he was and crediting Mom for who he has become.  Poignant, but never sappy, "Hard To Find The Words" is truly top-notch songwriting at its best.  Not far behind is the equally powerful, "Through The Rain", another inspired piece of balladry that had all but died on rock radio by the time the album was released.

The production on Still Climbing is the best of the band's catalog, as well, with the drum sound, in particular, being excellent, with a lot of punch and a nice, tight sound to the snares.  The guitars, from the rhythms to the leads to the slide solos, are just spot-on perfect, and a couple of years off had given Tom the strongest, richest sound from his voice that he had achieved on record since Long Cold Winter for sure, as he was able to hit the raspy highs and the cleaner lows, seemingly with ease...even though Kiefer has gone on record stating that the album was a vocal nightmare for him to make.  You'd never know it to hear Still Climbing, as he sounds truly incredible from note one.  Sadly, the vocal issues would return in some subsequent shows...of which I attended more than a few...and Tom would have troubles in the live setting for a few years.  Thankfully, he has been able to return to singing in recent years with a couple of solo albums, including the really strong The Way Life Goes, and the live videos I have seen of his solo act seem to indicate a lot of his vocal struggles are behind him at this point in his career.

If you have never given this record a chance because of the timeframe it was released it, do yourself a favor and pick it up.  Don't assume you are getting Warrant's Ultraphobic or Dokken's Dysfunctional, as there is not a single attempt at grunge or alternative on Still Climbing.  All you get is good, hard, blues-based rock that rattles the windows and shakes the floor, regardless of what radio stations and critics were clamoring for at the time.  No label support, no official videos, no airplay.  None of it mattered, as the band just did what the band wanted to do with Still Climbing.  As a result, although they didn't know it at the time, Cinderella brought their career to a close at an all-time high, which is what we should aspire to.

Rating:  Such a crankable record, even 27 years later!  Crank this to 9.5, as it is darn near perfect and, to state it one more time, possibly the last great record of the hair era!

Posted by arttieTHE1manparty at 5:23 PM