FALL FROM GRACE "The Romance Years" 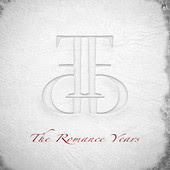 Fall From Grace is a Seattle-based band, but don't for a second let grunge, Nirvana, Sub-Pop Records, or anything of the like enter your mind because these guys have NOTHING in common with those things.  With The Romance Years, Fall From Grace has far more in common with the melodic, power-pop sound of a band like Marvelous 3, for example, mixed in with the huge backing vocals common in the "hair metal" genre, mixed with a tad bit of pop-punk, a la Blink 182, all with a modern hard rock overtone that really creates a sound that feels comfortable to the modern rocker, but doesn't really sound like anyone in particular.  It sounds complicated, but it is actually very simple; Fall From Grace plays an incredibly catchy brand of modern melodic hard rock that will hold wide-spectrum appeal for a variety of hard rock fans.

The first thing I want to point out is that if this band didn't grow up with the big, layered "whoas" and "ahs" of Skid Row, Bon Jovi, Def Leppard, and Warrant cranked on the stereo, someone needs to explain to me how the heck they came up with their sound on tracks such as the opener, "Your Majesty", or the album's absolute sonic treat, "Heart Attack Road",, which is easily one of the top ten songs I have heard this year (so far, anyway)!  Bombast is definitely a word that needs to be included in any description of this track, or any of the other over-the-top hard rockers here, because that word best describes the throw-back approach used by Fall From Grace on their more anthemic tracks.  Think of Bon Jovi's "Let It Rock" and the backing vocal approach and you will have a good idea of Fall From Grace's approach here.  Awesome!

The band is unusual in its make-up, particularly for bands of today, as they feature three guitar players, which is virtually unheard of in today's modern hard rock world.  Fall From Grace utilizes the three-axe-attack to their benefit, getting a huge, full sound on the majority of these twelve tracks.  The previously mentioned "Heart Attack Road" is a perfect example of this big sound, as is the killer rocker "Stand Alone", which is one of the tracks that dips its toe in the punkish waters I hinted at previously, or the very 80's-inspired build-up of the instrumental, "God Of War".  "A Train Leaves London" is another up-tempo rocker with more than subtle hints of Poison-esque glam to its sound, albeit with just a bit of that pop-punk sound and a decidedly more modern approach to the production.  "18 & Out" has a more 80's radio rock feel to the main part of the song (think Bryan Adams or Kenny Loggins), but again, the big vocals and thick guitars really bring this song about escaping small town existence to life.

There are a couple of more laid back moments, but these are more opportunities for the listener to catch his/her breath than they are weak points.  One such moment is the poignant "The Resurrection", a song Tryg wrote about his mentally ill mother.  This more down-tempo rocker (I can't truly call it a ballad) is still filled with the big vocals, sweeping power chords, and crashing drums that made for so many great songs in the 80's and early 90's.  "Fade 2 Gray" is another rest-point for this album and is the closest the band comes to a true ballad, although, once again, a big modern rock chorus and some pretty crunchy guitars keeps this track from becoming a slip-into-sleep type of track.

Now, on to my moans, groans, and gripes.  First...and I say this so often it has to become a bore to read, but I want to get my point out there...I HATE DIGIPACKS!!!!  Okay...now that we are past that...  I don't have any real use for the hidden track here (again, a pet peeve of mine), as it is an elctronica mix of "Fade 2 Gray" which doesn't fit this album AT ALL.  I will go so far as to say this is a bad track that, had it been in the middle of the album rather than tagged on at the end, would have done some damage to this album's overall rating; as it is, here at the end, it doesn't disrupt the flow of the album and just becomes the only true skipper here.  I'm also not a huge fan of the title track, "The Romance Years", as it sounds kind of disjointed to me for some reason, although it does have a GREAT guitar solo in it that might be the best on the album.  I don't skip it, but I don't skip TO it, either.  "Great Expectations" is the only truly down moment for me on the main portion of the album (I don't count the "bonus" track), as the stripped-down, acoustic approach is a let down after hearing so much, well, bombast throughout the rest of the disc.  This song takes on the more plaintive, almost whiny sound that some of the post-grunge alternative bands of the mid-to-late-90's adopted when grunge faded away.

Overall, this is an EXCELLENT effort from a band who has been through a lot in its seven years of existence.  However, with perserverence, an obviously positive attitude (pretty much all of these songs are very upbeat and positive), a fresh approach to the modern rock scene, and an obvious love of the music they are playing, Fall From Grace have managed to craft one of the best modern hard rock albums of the first half of the year and I wouldn't be surprised if it ends up in my personal Top 10 for the year.  Strong songwriting abounds on The Romance Years and makes this an album that I feel very confident in recommending to the Glitter2Gutter audience.

Rating:  Definitely crankable...give it an 8.5!

Back to Reviews Index
Posted by arttieTHE1manparty at 10:20 AM