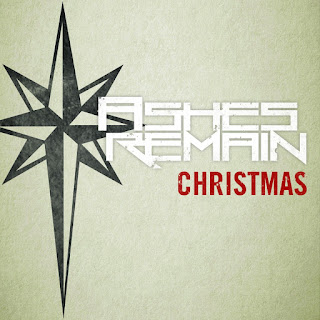 The EP starts with the well-known "Joy To The World", which doesn't stray too far from the traditional arrangement.  Smith's slightly raspy vocal style works well here, giving the classic tune a more modern edge, with simple acoustic guitars and understated drums setting the stage for this beloved carol.  Much the same can be said for "O Holy Night", with Smith's vocals again taking center stage as the band slowly builds behind him.  Of the two classics, "O Holy Night" is my favorite here, as I really like how the song just continually ramps up in volume and power, although it never breaks out into full-on rocker mode, by any means.

The two originals here are excellent.  "Gift of Love" and "Room For A King" are both top-notch songs that I really feel should be included in the Christmas rotation of Christian/positive rock stations on a regular basis.  While "Gift Of Love" starts off with a nice piano line, it still maintains a modern rock (albeit in acoustic form) style, while "Room For A King" is far bluesier in its approach, providing a nice change of pace without disrupting the overall flow of the EP.  Of the original Christmas songs I have heard over the past several years, "Room For A King" definitely ranks in the top five, without question.  The lyrics are moving, the performance is excellent, and the production is clear, yet unpolished, giving the music a chance to stand on its own without studio tricks or embellishments getting in the way.

"Christmas Medley", as the name implies, combines parts of well-known songs into the only truly amped-up track on the record...and in instrumental form, at that.  Basically, this track is a long band-backed guitar solo, similar in style to the shred records of the 80's and 90's, although not as over the top or bombastic as any of those.  With "O Come, O Come Emmanuel" and "Angels We Have Heard On High" being the most obvious of the tunes incorporated here (and at least one other that I am having trouble putting a name to!), this is a nice way to close out this short record. giving the band a chance to shine on a project that was otherwise largely dominated by Smith's strong vocal performances.

Available only in digital format (that I am aware of), this is an inexpensive pick-up, and easily found on Amazon, Google, and iTunes platforms.  If you're looking for something new to add to your annual Christmas mix, I'd strongly suggest Christmas as an option.

Rating:  A crankable Christmas gift...despite the mostly acoustic layout.  Give it a spin of 8.

Posted by arttieTHE1manparty at 12:10 PM