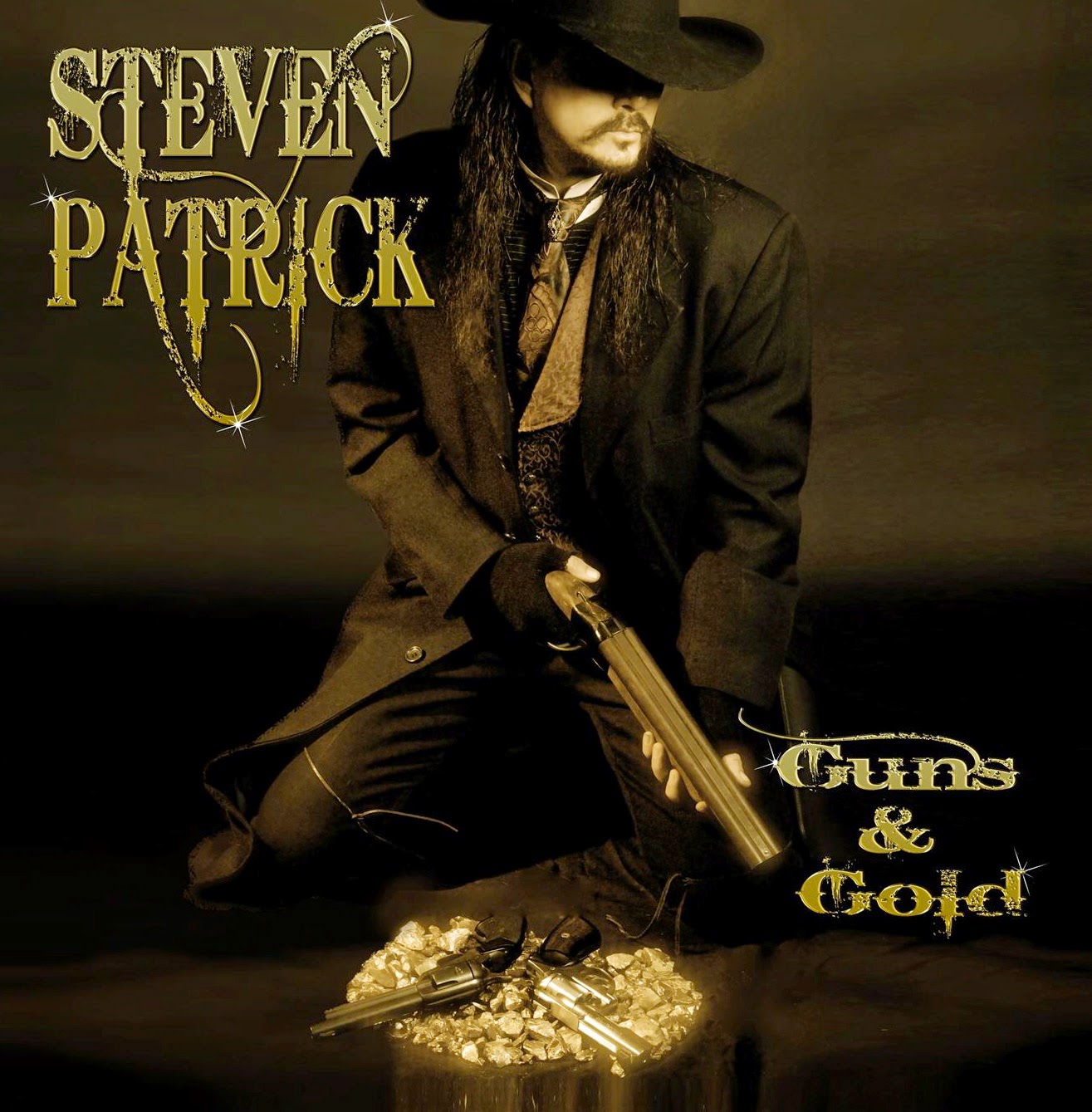 In the late 1980's, Steven Patrick was the lead singer of one of the top Christian hair metal outfits going, Holy Soldier.  In my opinion, Holy Soldier rivaled Stryper as the best of the Christian sub-genre, and lacked only the marketing and label support that I think would have put them over the top in a big way.  They were that good. (see reviews of Holy Solder's albums Holy Soldier and Last Train)  After leaving the band, Steven also released a solo album called Red Reign that featured several tracks that would likely have comprised his third Holy Soldier release. While not quite as strong as the two band albums. Red Reign was still very solid with a couple of excellent songs, and it is a highly sought after (and sometimes bootlegged) album if you care to spend between $35 and $60 for it.

Fast forward to 2013, and we find that Steven Patrick has released a new solo album...but things are WAY different folks.  All you have to do is look at the list of instruments and players to know right away that this is NOT Holy Soldier or anything close.  No, Steven Patrick has...gulp....gone country!

Now, it's not all that uncommon for 80's rockers to dabble in country here and there.  Most notably, and also most successfully, Ron Keel has made the crossover, but he did it without abandoning his hard rock and southern rock roots, releasing an album that covers all the bases in remarkably well-done fashion.  Jeff Keith of Tesla, on the other hand, ditched the rock completely and went for old school acoustic country on his solo EP.  Fortunately, Patrick chose to lean more toward what Keel did than what Keith chose to attempt, and it really isn't that bad in spots...if you are into country.  As I have stated before, I grew up on during the Outlaw Movement of the 1970's country world, and even worked in country radio for several years in the 90's, so I am not as closed-off to rocking country as some people are.  As such, I have to say that a couple of the tracks here are actually pretty good, and could probably see radio airplay if Patrick had label support and financial backing...kind of like the situation Holy Soldier was in back in the 1980's.

The fact that this is a straight up country rock record has lost about half of the people who started reading this review, I'm sure, so I'm not going to go into a track-by-track breakdown.  I will say that the title track, "Guns & Gold", is a very good song with a rocking edge and a great guitar solo.  "Mississippi Wine" is a pretty good track as well, and "Gale" is a decent story song with a bit of a rocking edge.  "The Music Of Life" makes a stab at modern country and does a pretty good job of coming across like something Keith Urban might record, complete with some good banjo work.  I could see "The Music Of Life" charting today with little problem if, once again, Patrick had the label and financial backing to get the song out to the "hit makers".  But for me the real gem here is "Hell's Half Acre", a haunting country rock tune in the style of the great story-songs of Johnny Cash, David Alan Coe, Kris Kristofferson, and others of that ilk.  I'm glad I stuck around to give this track a spin because it is a really, really good song, and the one place where you can hear the "old" Steven Patrick shine through a bit vocally.  It actually reminds me a bit of the Holy Soldier song, "Last Train", at least in his vocal approach.

There are a couple of real bombs here, too.  "Lisa Marie (Don't Cry For Me)" uses actual Elvis vocals in the song (it's kind of creepy), and is just a weird song that is just...wow...WEIRD.  Patrick says its based on a dream he had about "Elvis in Heaven", so perhaps he was still in the dream state when he put this together, but even if I was a hardcore country fan, I have to think I would skip this every time!  "Daddy's Girl", while poignant in its lyrical approach, is the kind of material that started to swamp country radio in the late 90's when everyone started to sound the same (much like what happened with hair metal in the late 80's/early 90's).    "Singlesville" is just one big 90's country cliche and sounds dated, even if it isn't executed poorly, while "George Jones & Jack Daniels" is equally straight out of the 90's radio-friendly country, a la Alan Jackson and Clint Black, complete with piano, fiddle, and a name-dropping title that I am certain would've been a hit about 15-20 years ago.   There is also an unlisted bonus track that is actually an alternate version of "The Music Of Life", but it is far inferior to the credited track I mentioned previously.

The packaging is extremely simple, with a simple single-fold insert that features a couple of pictures, credits, and thank-yous.  Interestingly, none of Patrick's Holy Soldier mates made the thank you list, but a couple of other names from the 80's Christian rock scene did, as both Darrell Mansfield and David Zaffiro (ex-Bloodgood) are both mentioned.  My copy is also autographed by Steven, which is cool enough, I guess.

All in all, am I ever going to listen to this album in its entirety again?  Probably not, no.  I did rip "Hell's Half Acre" because I think it's a killer tune, but other than that, I'm just not going to sit through a country record these days unless it's one of the VERY small handful of artists that I would admit to liking.  Unless you are willing to accept this as a country record or are a DIE HARD collector of all things Holy Soldier, I really don't see any reason to hunt this CD down, but if you would like to order it, you can get it from Patrick's website:  www.stevenpatrick.com

Rating:  Since most readers of G2G are not all that interested in country, I have to rate this album at 3.5 at best, and that's really because of "Hell's Half Acre" and "Guns & Gold".  Take the album for what it is, and it really isn't that bad, and I would rock it at a 5.

Back To Reviews Index
Posted by arttieTHE1manparty at 4:04 PM