LA GUNS "Tales From The Strip" 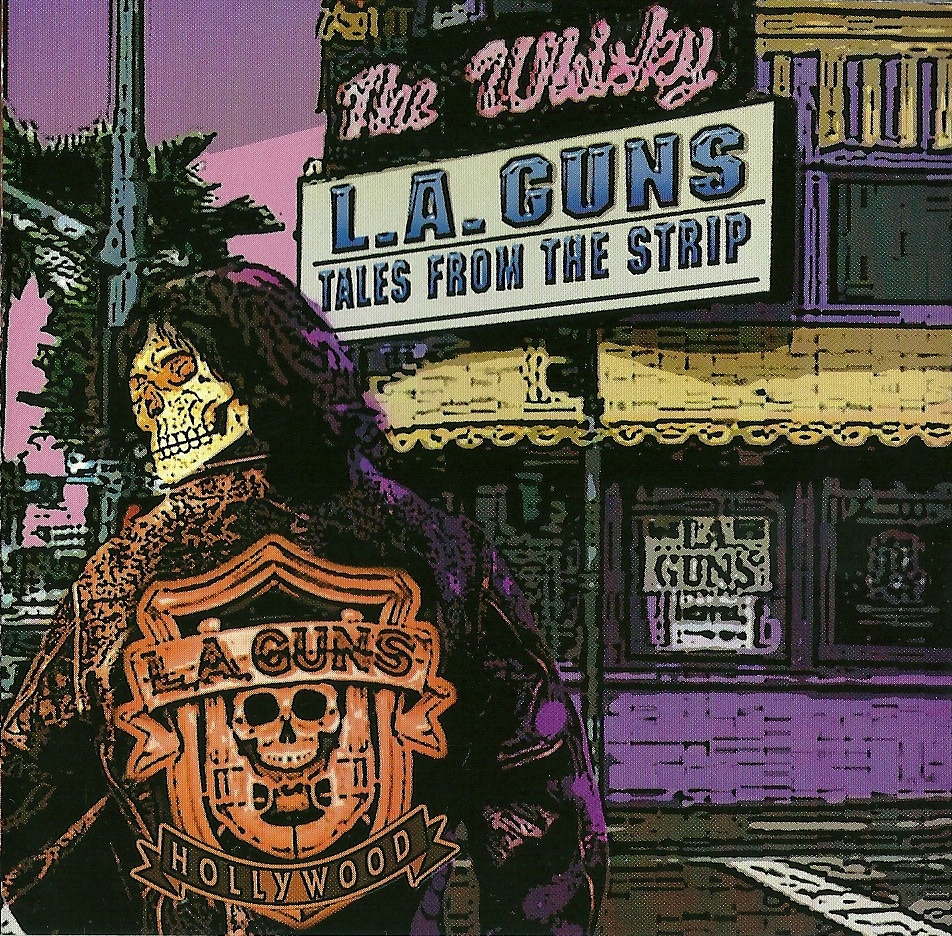 It would be difficult to find a band that has had more line-up changes and more drama than LA GUNS...at least for a band that is still active.  In fact, as most know, this band is so dysfunctional that there are now two different bands calling themselves LA GUNS, both featuring integral members that no longer speak to each other.  For my money, however, the only faction that matters is this one, LA GUNS v. 2.0, if you will.

With "Tales From The Strip", the Phil Lewis version of LA GUNS finds itself in fine form, ripping through the best set by any version of the band in several years.  Guitarist Blades, often refered to as a "Tracii Guns clone", contributes some of the best fretwork to grace an LA GUNS album since 1991's "Hollywood Vampires".  Riley is his ever-consistent self behind the kit, and Lewis' voice is as strong as ever.  Standout tracks here would include the opener, "It Don't Mean Nothing", "Original Sin", "(Can't Give You) Anything Better Than Love", and my personal favorites, the funky "Skin" and the classic LA GUNS-styled "Shame".  In a bit of an oddity, the band included two instrumentals on this disc, with "6.9 Earthshaker" being a pounding, rocking track, as the name would imply, and "Amancer" being a much more laid back, almost etheral song that, according to the liner notes, was recorded and performed by bass-player Hamilton.  A couple of tracks kind of lose me, with "Crazy Motorcycle" and "Resurrection" being on this list, but these blemishes fade away quickly in this fourteen track offering.  In all honesty, if these two songs and "Amancer" were deleted, we would be left with a much tighter, rawer, more energetic set that would likely rival anything the band has released in any incarnation.  As it stands, this set is definitely the best, most complete sounding LA GUNS release since "Hollywood Vampires" and is definitely better than the atrocious covers albums that both versions of this band have released recently.

Depending on which version of the band you want to check into, you can visit LA GUNS at these websites:

Back To Reviews Index
Posted by arttieTHE1manparty at 2:09 PM