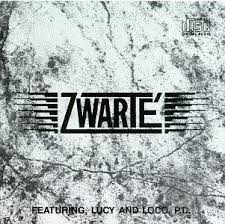 Growing up in west-central Nebraska, there was not a lot going on for the hard rockers and metalheads who were seeking live music.  The nearest town of any size, North Platte, had only 20,000 or so people at the time, so no major bands toured through the area.  When I went away to college in Kearney, the population only slightly increased, unless you counted the University of Nebraska-Kearney students, which added a significant number of people.  However, the live music scene really wasn't much better, at least as far as national artists, unless you wanted to hear country music.  I got involved with the college radio station, which was essentially a jazz station during the day, but it turned into an all rock/metal station at night, and that was where I found my home for parts of three years.  As such, I was fortunate enough to meet bands like St. Elmo's Fire when they would roll through town and perform at a local strip club/rock bar called The Fireside.  It was there, in 1993, that I was first introduced to a regional touring hard rock band from South Dakota called Zwarte.

Zwarte, which consisted of two brothers, Randall and Bob, as well as guitarist Chris Lippert and bassist, Mark Fischer, played a large number of popular hard rock covers from bands such as AC/DC and Aerosmith, but they also had their own music, which was what really drew me in.  And this CD, their debut effort, was also the first music by the band that I ever owned...and I still own it, nearly three decades after its release.

The album starts off with a quirky song called "She Wouldn't Wait".  I say it's quirky because it is like nothing else on the record, but it is a full scale song, not just an intro or some kind of mood-setting piece.  Featuring a piano and multi-layered harmony vocals, the song was more Queen than anything else, and while Queen was decent, this wasn't what I was looking for from these long-haired Dakota boys!  Not even the cool little guitar solo near the middle of the track could keep me from scratching my head at the inclusion of the song.  Today, I love the song and appreciate what the guys were doing, but it was definitely an oddity for me at the time.

For me, the album really started with the next track, an audience favorite in the live setting, the snarky rocker "Lizzy".  A simple staccato rhythm guitar leads the track in, with lead singer Randall Zwarte, somewhat monotonously droning on about his boring life.  But then he meets the song's subject and everything changes, as Lizzy leads our singer to "drop(ped) out of college, pick(ed) up a tattoo" and get a job fixing "little kids bikes", as he laments how this lady had completely changed the path of his life.  Its a humorous little ditty that isn't even close to the best song on the album, but one that sets the tone for who Zwarte is and what they do.

"Easy Street" follows and features a haunting, smooth guitar solo and a much more polished, commercial hard rock sound that I have always felt should have been a big hit for the band.  The band had strong faith in the song, as well, as they recorded the song a second time, releasing it as the title track of their second effort (Easy Street), which was also released in 1992.  I believe it was around this time that the band auditioned for...and was subsequently turned down by...Atlantic Records.  While this didn't stop the band from releasing multiple albums over the following decades, I always wonder what would have happened for Zwarte had "Easy Street" and a couple of other tracks gotten more of a chance at national radio or even possibly MTV.  Regardless, "Easy Street" is a cool, mid-tempo rocker, with Randall's vocals taking on a bit of a haunting feel as he glides over the chords of the song, while a haunting yowl runs through the background, especially on the chorus.  The guitar work is a solid piece of the track here, especially the solo, and it is on tracks such as this that you realize just how important the two guitars are in the band...even more so in the live setting.  "Easy Street" is easily one of the top three or four songs on this record.

"Isn't That A Shame" is a decent number, but nothing overly special, but things pick right back up with "Miss Me", a sleazy rocker that has always sounded to me like something Kix might have recorded.  The chorus vocals are at a higher pitch than anywhere else on the record, and the sass of the track is escalated by Randall's snarl.  This is a track that always came off well in the live setting, and is another high point on this debut record.

As far as true high points go, there are a couple more here that are of such importance that they have made the cover of the reissued version of this record.  Of course I am talking about "Lucy" and "Loco P.D.", both of which are absolute crowd favorites and both of which found at least moderate success on the radio stations in the area where I went to college.  "Lucy" is a dark track about a man who catches his girlfriend with another man, which Randall explains to the listener with a line that becomes a true crowd sing-along moment: "Lucy was my lady/don't love her anymore/Caught her with another man/God she was a whore!"  Throughout the song, the guy turns for solace from, "Jack Daniels was my friend/Stayed with me all night...", before he makes the decision to put an end to miss Lucy.  Everything about this track screams for big-time exposure, but it was simply not meant to be, which is really too bad, because the story aspect of this track just begged for a video.  Likewise, the hooky "Loco P.D." should have been given a chance to garner some national airplay, as everything about the track just works.  A song about the crazy things a woman can do to a man, this song was a huge live hit whenever Zwarte played, with the crowd screaming along to "call in the Loco P.D.!"  Great stuff that brings back some fun memories, to be sure!

The rest of the album ranges from decent to very good, but nothing else touches the levels that "Lucy", "Loco P.D.", "Miss Me", and "Easy Street" do, although "Lizzy", "Slippin' girl", and album closer, "Windslow" come close.  Throw in that quirky Queen-esqe opener, and you already have 8 tracks that form an extremely solid foundation for this debut record.  I probably would have dropped "Laughing Girl" from the album, and possibly "Room 1000x", which would have pared the album down to a more streamlined ten tracks.  But, as it stands, Zwarte, the record is a great representation of Zwarte, the band.  More than half the tracks here found their way into their live set for many years and never failed to draw a crowd reaction.  To me, that was one of the things that made Zwarte such a great band to see live, as their original stuff drew just as big, or an even bigger reaction than their covers of popular rock songs of the time.

The band would go through multiple line-ups in the following years, but really solidified with a new guitar player and bassist forming the most popular version of the band in the mid-90s.  Several albums followed Zwarte, but none captured the magic of the band the way this one did, although several had catchy hard rock tunes that would find their way into the band's setlists.  Today the band continues with Randall being the only remaining original member now, as he forges on with what is now referred to as the Randall Zwarte Band.

There are actually two versions of this album, both with very similar covers.  The one pictured above is actually a 1996 repressing of the original.  The only thing different is that on the original, the words "FEATURING LUCY AND LOCO P.D." were not there.  I have an original, but since my scanner is broken, I had to borrow the above picture from the internet.  I have been told that the 1996 repressing was actually a CD-R, but I don't have one, so I couldn't tell you that for a fact.  The original is definitely a silver-pressed CD and the artwork says 1992 on the back.  As you can see, the artwork is nothing overly flashy, and it is likely the band had zero budget with which to work.  The insert is a big fold out with black and white pictures of the band members on the inside, with some quips about each track being included, along with writing credits and a track listing.

Rating:  Perhaps it's partially due to nostalgia, but I still find this effort to be crankable, even nearly three decades after its release!  Crank this to a 7.5...and call in the Loco P.D.!