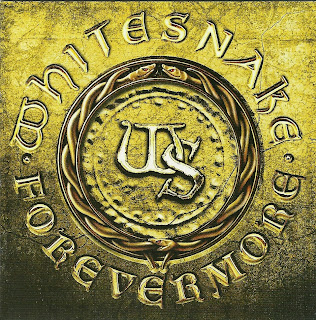 (c)2011 Frontiers Records
DVD Tracks
David Coverdale--Vocals
Doug Aldrich--Guitars
Reb Beach--Guitars
Machael Devin--Bass
Brian Tichy--Drums
When Whitesnake announced they were releasing new material a couple of years ago, I was one of the many skeptics.  Slip Of The Tongue, the last Whitesnake studio album, had been out for quite a few years, and was really not all that spectacular.  I wasn't all that sure what to expect.  However, like nearly everyone who heard Good To Be Bad, it was obvious that Whitesnake was back, Coverdale was still in killer vocal shape, and the new guitar tandem of Doug Aldrich and Reb Beach was a powerful force to be reckoned with and possibly as good as any guitar team Whitesnake had ever had.  Not only had Coverdale managed to recapture much of the magic of the self-titled 1987 album, in some aspects it appeared he may have surpassed that legendary disc.

Then Coverdale blew out his voice...  Once again, it appeared Whitesnake was dead.

When I heard that Coverdale had recovered and had once again relaunched Whitesnake, I was not going to be left standing in line to hear what he had to offer.  If the new album, Forevermore, was anything even close to what Good To Be Bad was in 2008, then it was going to be a treat.

After reading numerous reviews on-line, I am in the minority with Forevermore, it appears.  I think this disc is amazing, capturing not only that 1987 sound once again, but also blending in a bit more of the classic, bluesy, pre-Slide It In sound.  In fact, I would go so far as to say that I prefer Forevermore over Good To Be Bad, which seems to shock some people when I say that.  People tell me they think Coverdale has lost a chunk of his range, that Aldrich sounds bored on this album, or that the disc lacks focus and direction.  Huh?

To my ears, Coverdale sounds as powerful as ever.  Has he lost a bit of range?  It is possible that he has to work a bit harder to hit the really high end of his vocals, but I would not say he sounds strained or weak; I think his voice has simply matured and comes across as smoother, smokier, and less-commercial sounding now, which could also be attributed to the production, I suppose.  Aldrich and Reb Beach simply smoke on this disc, with the two feeding off of each other to rip through some killer leads and some of the most soulful riffs I have heard in quite some time.  Whitesnake, for me, was always at their best when they allowed their bluesy side to enter into the mix, and that is definitely evident on Forevermore.   I think part of that can also be attributed to the addition of former Lynch Mob members Devin and Tichy, who round out the band in typical Whitesnake musical perfection fashion.

I don't think I would have led off with "Love Will Set You Free" as the first single, as I think the chorus is a bit generic and predictable, but it is still a very good song.  Personally, I am more drawn to "Steal Your Heart Away", or even the title track, although I find I am not overly impressed with the acoustic version of "Forevermore".   Old school Whitesnake fans will find themselves instantly drawn to "Whipping Boy Blues" and "Love & Treat Me Right", while those who worshipped the 1987 gem will drool all over "Dogs In The Street", "All Out Of Luck", "Tell Me How", or the big-time ballad, "All Out Of Luck".  "My Evil Ways" is another great song that will likely have fans of either era of Whitesnake smiling.

I do think that the album runs into problems with the amount of material that is here, especially since three of the songs are remixes.  I wish that they would have put these mixes on the bonus disc, along with all the video material which I watched once and will likely never play again.  Additionally, I know I am going to have to learn to live with them, but I hate digipacks, and this album is not only a digipack, it is a DOUBLE digipack, which just means more joints to wear thin and more trays to crack.  Oh well...

Overall, this is yet another incredible release from Coverdale & Co., and if they choose to release another album somewhere down the road, I may not be the first guy in line to buy it, but I won't be far behind.

Return To Reviews Index
Posted by arttieTHE1manparty at 4:29 PM