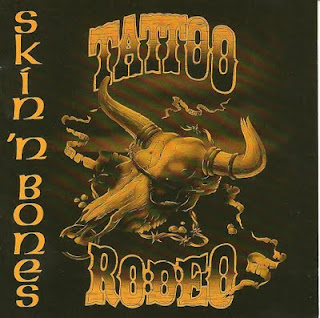 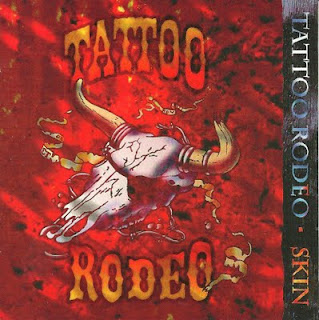 If the above names look familiar to you at all, it is quite possible that you are (or at one time were) a fan of White Sister, as Churchill-Dries, Chadock, and Wright were all members of that band before adding Lord to the fold and then changing their name to Tattoo Rodeo.  Churchill-Dries gave up bass duties following the band's debut album, Rode Hard And Put Away Wet, and Berg was then recruited.  Got all that?  No?  Doesn't really matter...not very many people remember White Sister OR Tattoo Rodeo, for that matter, which is a shame.  To me, Tattoo Rodeo was every bit as good as bands like Tora Tora or Sweet F.A. that took their bluesy, southern hard rock sound and mixed in just enough metal, and a pinch of country, to make things interesting.

I really don't know why Tattoo Rodeo didn't sell better than they did, as they had a major label deal for their first album, released a couple of singles, and even had a video on MTV.  Why some things work and some don't is a mystery to anyone, I guess.  Regardless, Tattoo Rodeo lost their contract and found themselves with two options:  hang it up or go it on their own.  To their credit, they took the hard road and in 1994 released an independent record called Skin N' Bones.  That album caught the attention of the folks at Mausoleum Records who repackaged the album with new artwork, a couple of additional songs, and a new tracklisting, and re-released it as simply Skin.

While not quite as good as their debut album, the follow-up is still exactly what you would expect from Tattoo Rodeo.  "Chamber Of Mary's Gun" and "Too Daze Gone" both sound like they could have come from that first album, and are excellent mid-tempo Southern hard rock far better than anything Jon Bon Jovi could ever dream of coming up with, no matter how good you may think the Young Guns II soundtrack is.  The soul and feel in the guitarwork on "Chamber..." is something that is missing from nearly all music today and cries out to be heard here.  Musically, "Feels Like Love" has a Zeppelin vibe to it with Chruchill-Dries topping the track with his blues-soaked souther drawl and is a really cool number, which is odd considering my general dislike for all things Zep.  "Blackened" is a great ballad of pain and betrayal that is worth the price of admission all by itself.  "Can't Keep My Woman Down" doesn't do much for me, to be honest, nor does "Charity", although neither is a terrible song...just album filler material.


The two tracks added to the Mausoleum version are both worthy additions.  "Train" is a very good song, in my opinion, one of the better tracks of the overall package.  This uptempo rocker is the only one written with outside assistance and features some nice harmonica work on it.  "Sure Enough" is a bluesy, smokey ballad that falls into territory dang close to "She Talks To Angels" by the Black Crowes.

Again, I prefer the excellent debut record to either version of this album...but not by much.  This/these are very solid efforts, especially considering their independent nature, and the performances are top notch on both versions.  It is truly a shame that a band like Tattoo Rodeo faded into obscurity while some others...I won't mention names...became top of the charts residents no matter what kind of cookie cutter schlock they put out.  Do yourself a favor and track down Skin (Skin N' Bones is virtually impossible to find at a price below $30 or so...) and treat yourself to some truly quality hard southern blues rock.

Rating:  Crank Skin N' Bones to 7 and Skin to 7.5 because of the great extra songs!
Posted by arttieTHE1manparty at 4:39 PM